New technology spawns new ways to tell stories. That’s the really exciting thing here. Not the tablet itself, but what it means for news, for entertainment, for literature. Gasp. Geddit? Is the fucking light going off yet? This is what Anton Chekhov meant when he said that the medium is the message. This is why the Tablet is so profound.

There is no point in moving to digital readers if we’re just going to do what we did on paper. That’s why Kindle is such a piece of shit. All they did was pave the cowpath. And that’s why we’ve held back on our Tablet — not because the technology wasn’t ready, but because the content guys are such fucktards that they still can’t create anything that makes it worth putting the Tablet into the world.

The media companies are stuck with the ideas of defined media and their old way of thinking.  This is a book, this is a newspaper, this is an album, this is a TV show, etc.

My guess is that the truly revolutionary content is not going to come from the old-guard publishers. It’s going to come from new guys, kids who have grown up digital. This notion of mashing together elements comes naturally to them. And somewhere out there, a genius is waiting to be discovered — the Orson Welles of digital media, someone who will create an entirely new language for storytelling. If you’re reading this, Orson Jr., please get in touch. I’ve got something I want to show you. Okay? Peace.

The social networking site Facebook on Monday pulled a third-party application that allows users to create polls after a site member built a poll asking if President Obama should be killed.
…
The possible responses to the poll were “yes,” “maybe,” “if he cuts my health care” and “no.”

This is appalling but not surprising.  The anonymous nature of the internet has created a culture of people saying anything without consequence.  You can see this in any comment section of any article.  It’s a coarseness and disagreeableness that’s carrying over into everyday life.

Do they Republicans have anything useful to add to the discussion besides rabble rousing? 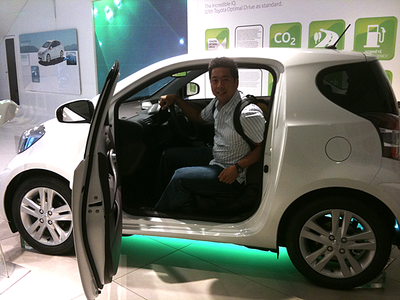 Toyota really needs to bring the Toyota IQ to the United States market as soon as possible.  While the Smart car looks like a fragile novelty, the IQ, while only a foot longer seems more solid as a car.  I could definitely see driving this as an urban commuter.  I saw this one at Toyota showroom in Paris. 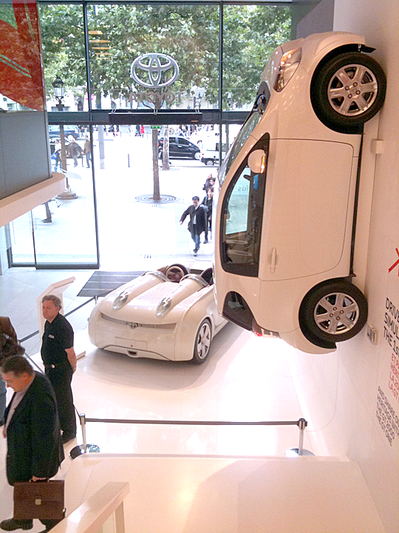 I like the more normal look of the Toyota treatment over the rumored 2011 Scion version for the U.S.
September 27, 2009 by morris
Uncategorized

I saw the Season 2 premiere of Joss Whedon’s Dollhouse and it’s starting off with a bang.  Dollhouse took a while to get going, but I think it’s one of the most intriguing and intelligent shows on TV.  As an added bonus to Battlestar Galactica fans, the season 2 premiere guest starred Jamie Bamber (Lee Adama).

If you’re new to Dollhouse, it’s essential to start with Season 1.  Keep in mind that the first 5 episodes are moderately interesting, but the show starts to pick up quickly after that.

Pharmaceutical spam can generate more than $4,000 per day in sales, confirming that spam continues to thrive because of those gullible few who click through and ruin it for the rest of us. And that’s not just an estimate: a security researcher from Sophos have combed through sales logs as part of his investigation into the growth of spam networks, noting that Russian affiliate partner networks–also known as “partnerka”–are responsible for some of the largest Canadian pharmacy spam businesses.

Well, this pretty much explains why we get SPAM.  As long as people keep making money from SPAM messages, it’ll never end.

The factory, to be built in the central Chinese city of Chongqing, will make the next-generation Focus compact car, which Ford plans to sell globally.

Russian tycoon Mikhail Prokhorov’s bid to buy the New Jersey Nets was called “unpatriotic” by a member of his country’s upper parliament chamber’s sports committee.
…
Prokhorov, Russia’s richest man worth an estimated $9.5 billion by Forbes, reached a tentative deal Wednesday to invest $200 million to acquire 80 percent of the Nets’ shares and fund nearly half the cost of building a new arena. Prokhorov, who owns a share in the prominent Russian team CSKA, says he wants the deal partly as a way to get access to the NBA’s training methods and educate coaches on how to improve Russian basketball.

If you want to improve Russian basketball, the first thing to do is to stay away from the New Jersey Nets.

Here’s a short video of the Eiffel Tower flashing on the hour.  I was taking the photo below when the Eiffel Tower started flashing.  It actually surprised me even though I had been in the tower while it was flashing in the previous hour.  I was inside on the second level getting a snack and studying a map trying to figure out where we’d go next when I noticed some flashing lights.  It never dawned on me that the entire Eiffel Tower was flashing until I saw it again from below.

Here’s a picture of the Eiffel Tower lit but not flashing. 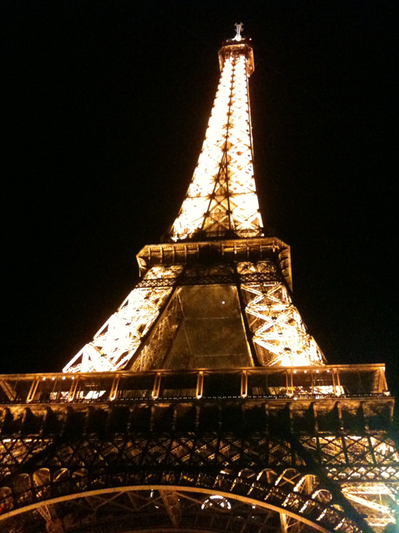 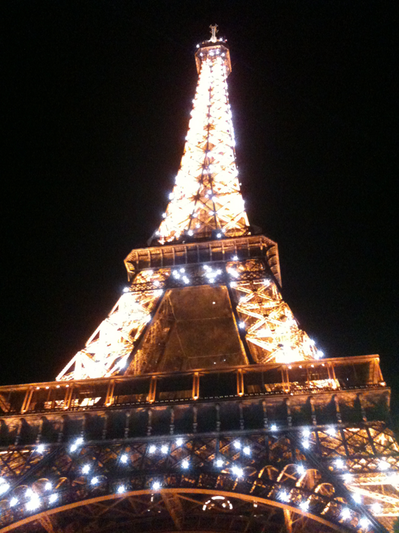 Video and photos all capture with the iPhone 3GS.

WLWT-TV reported that the Kings Island’s Halloween Haunt included the gruesome scene among its push to include dead celebrities for more shock value.

Park spokesman Don Helbig told the station organizers wanted to include “authenticity” in this year’s Halloween display, which also included humans hanging as slabs of meat.

I’m definitely not proud of this occurring here in Cincinnati.  This is totally classless.

This is one of my unintentionally amusing photos that I took. 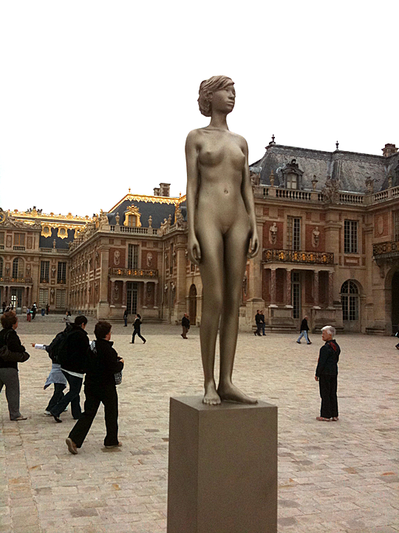 What’s so amusing about a giant statue of a nude woman towering over the Palace at Versailles? 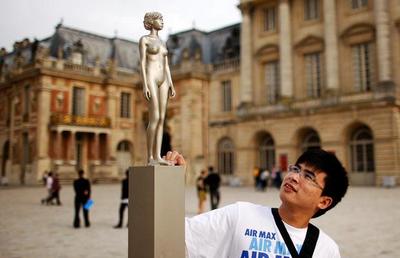 It’s actually only about a foot tall.

The second photo is from Sneak Peek!: Contemporary Art Lands in the Palace of Versailles (7 pics).  There was an exhibition of the modern sculptures of Xavier Veilhan.