Statement on Bodies the Exhibition from Douglass McDonald

This is an interesting article because it is one of the few where Cincinnati Museum CEO Douglass McDonald actually makes a statement.  Usually, he’s hiding behind a statement from Premier.

“It’s a New York document. We talked to our lawyers and it applies only to New York, not Cincinnati,” said Douglass McDonald, president and CEO of the Museum Center. “Obviously, we’ll continue to watch the events and monitor changes, but at this juncture, it doesn’t change anything for us.

As a legal document, it definitely only applies to NY.  However, Premier’s own lawyer is quoted in saying that they would apply it to “operations worldwide”.

“I’m not surprised, though. Cuomo announced his investigation the day before ABC announced the show, and that was a day before sweeps week began, so you knew something had to happen.

Oh, so blame it on the sweeps week.

The hard facts are that Premier has settled with the NY Attorney General’s office and admit that they are unable to prove where the bodies come from.

McDonald refers to a paragraph in Cuomo’s formal document that seems to support the claim that the bodies are not executed prisoners.

Paragraph 14 reads: “Premier has also affirmatively represented that it conducted its own internal due diligence and … independently concluded that the specimens currently on display in New York are not, and do not come from, Chinese prisoners who were subjected to execution, torture or other forms of physical abuse. … Premier’s ability to independently analyze the Whole Bodies is not at issue here. Premier, however, cannot independently confirm that any of the over 200 parts in the New York Exhibit were not taken from Chinese citizens or residents who were executed, tortured or subjected to other physical abuse.”

What McDonald neglects to say, is that paragraph 14 is Premier’s own statement.  Of course Premier’s statement is going to support what he believes in.

Paragraph 15, which he conveniently leaves out states this:

15. The Attorney General finds that, given the sensitive and controversial nature of Premier’s Bodies Exhibits, including the one in New York, and particularly given the history of human rights violations in China, the above-referenced representations made by or on behalf of Premier were overstated.

Premier does not deny the Attorney General’s findings.  When I see Douglass McDonald’s statements, I see someone who’s desperate to keep the money flowing no matter what the costs.

Bodies the Exhibitions Disclosures in NY

From the NY Attorney General’s Assurance of Discontinuance:

…Premier shall clearly and conspicuously make the following disclosures on its website and in the lobby of any Covered Exhibit:

(A) “This exhibit displays human remains of Chinese citizens or residents which were originally received by the Chinese Bureau of Police.  The Chinese Bureau of Police may receive bodies from Chinese prisons.  Premier cannot independently verify that the human remains you are viewing are not those of persons who were incarcerated in Chinese prisons.”

(B) “This exhibit displays full body cadavers as well as human body parts, organs, fetuses and embryos that come from cadavers of Chinese citizens or residents.  With respect to the human parts, organs, fetuses and embryos you are viewing, Premier relies solely on the representations of its Chinese partners and cannont independently verify that they do not belong to persons executed while incarcerated in Chinese prisons.”

Alexander “Sandy” Courage, an Emmy-winning and Academy Award-nominated
arranger, orchestrator and composer who created the otherworldly theme
for the classic “Star Trek” TV show, has died. He was 88.

The Star Trek fanfare immediately signals, this is Star Trek.  It’s one of the most recognizable pieces of music in television.

I didn’t like the theme song as much when I was little, but it’s pretty kitschy cool today.  I hope the new Star Trek movie uses it.

There’s a little interesting point about the lyrics in the story.

“Star Trek” creator Gene Roddenberry later wrote lyrics to the
tune, which were never sung on the show but entitled him to half the
royalties, Courage said.

According to wikipedia, Gene Roddenberry only wrote the lyrics to cash in on the royalties, saying “Hey, I have to get some money somewhere. I’m sure not going to get it out of the profits of Star Trek“.  This caused Courage to end his association with Star Trek.

Reading the lyrics, doesn’t seem quite fair that Roddenberry got half for his contribution!

The rim of the starlight
My love
Is wand’ring in star flight
I know he’ll find in star clustered reaches
Love, strange love a star woman teaches

“I know
His journey ends never
His Star Trek
Will go on forever
But tell him
While he wanders his starry sea
Remember
Remember me!”

Researchers have produced aerial photos of jungle dwellers who they say
are among the few remaining peoples on Earth who have had no contact
with the outside world.

Taken from a small airplane, the photos show men outside thatched
communal huts, necks craned upward, pointing bows toward the air in a
remote corner of the Amazonian rainforest.

Shouldn’t there be some kind of Star Trek non intervention “Prime Directive” be in play here?  Buzzing the primitives with a giant noisy bird causing them to point bows at you somehow doesn’t seem to be the proper thing to do.

Bodies the Exhibition refund in Cincinnati

How much does Bodies the Exhibition cost at the Cincinnati Museum Center?  ZERO.  If you didn’t know that the bodies were possibly of tortured and executed Chinese prisoners.  Bodies that may have been purchased from the black market.

If you’re disgusted about this, ask for your refund.

One of the requirements Premier Exhibitions agreed upon in the NY settlement is to offer refunds.

If by chance, the Cincinnati Museum Center refuses to refund your money, please tell them that you’ll be contacting the Ohio Attorney General’s office and asking for an investigation. 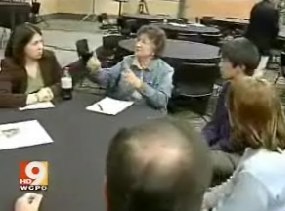 Kellogg’s and Lego have joined together to create the ultimate in child culinary confusion- Lego Fun Snacks!  Are they bits of hard plastic or chewy bits of near-fruit?  Have fun teaching your kids what’s edible and what’s not!

In reality, these amorphous lumps of hardened goo barely look like Lego’s.  The bottoms are also just flat- no reverse, so you can’t even snap two pieces together. 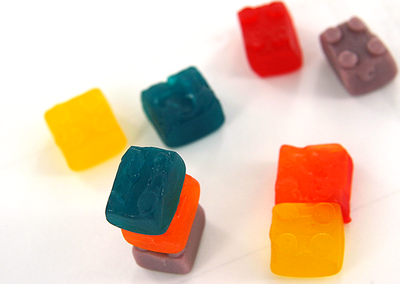 UPDATE:  They’re actually pretty good, but I wouldn’t serve them up to kids as a healthy food choice.  It’s basically candy.

Premier Exhibition, exhibitor of Bodies the Exhibition that is currently being shown at the Cincinnati Museum Center has settled with the NY Attorney General’s Office.

“The grim reality is that Premier Exhibitions has profited from displaying the remains of individuals who may have been tortured and executed in China,” said Attorney General Cuomo.

“Despite repeated denials, we now know that Premier itself cannot demonstrate the circumstances that led to the death of the individuals.  Nor is Premier able to establish that these people consented to their remains being used in this manner.  Respect for the dead and respect for the public requires that Premier do more than simply assure us that there is no reason for concern.  This settlement is a start.”

Premier Exhibitions will provide full ticket refunds to all customers who ask for it.

It’s been clear since the 20/20 news show that there are strong questions of where Premier Exhibitions gets bodies.  It was shown that Premier may have been purchasing the bodies of executed prisoners from the black market.  Political dissidents and religious practitioners are amongst that prisoners in China.  So, if there are executed prisoners, in this exhibit, there may be people in this exhibit that have committed no crimes except for speaking out against the Chinese government.

From ABCnews.com: Crackdown on Ghoulish ‘Body Exhibitions’
From NYTimes.com: ‘Bodies’ Show Must Put Up Warnings

UPS boomerang- death from above

If you’re at the park, it might be time to start looking for some cover.  Thanks to UPS, I’m now the proud owner of the mighty boomerang.  Once this instrument of death leaves my hand, there’s no telling what havoc it might bring. 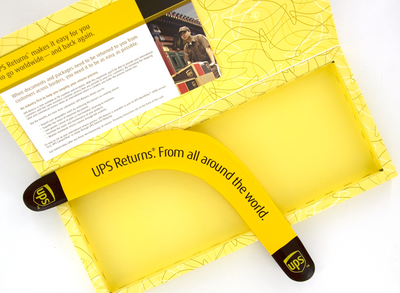 I wonder with all these boomerangs going out to UPS customers, might we see an uptick in boomerang accidents?  I know every office around here uses UPS too!

UPDATE:  I just went outside and threw it twice.  The first time, it pretty much went straight ahead and almost hit a power line, landing in the parking lot of the warehouse next to me.  The second time, I angled it a little more while throwing it.  It left my hand and went straight forward about 15 feet before going vertical, looping over my warehouse and coming back in my general direction.  It was really cool to watch, but I’m not throwing it here again.  You definitely need a pretty big space to throw it. 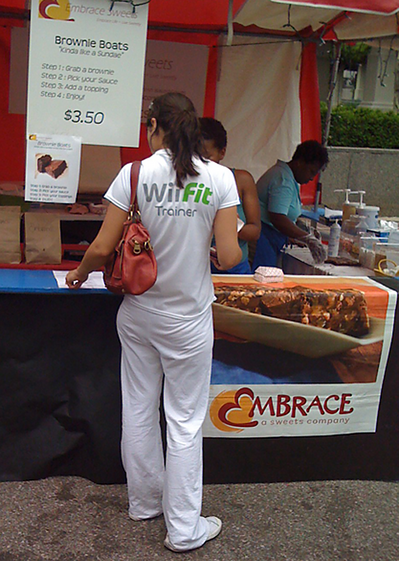 Another pic from Taste of Cincinnati.  Wii love brownies!
May 27, 2008 by morris
Older Posts