From NYTimes.com: Shorts Crack the Code 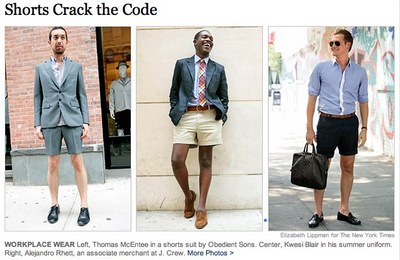 Theoretically, for gender equality men should be able to show some leg and wear shorts to work.

But the pictures of these three guys in the NYTimes pretty much show why this really isn’t a good idea.

The guy on the left gives me the creeps.  The coverage of everything but the legs just serves to emphasize his pasty white legs.  What color shoes do you wear with pasty white legs?  Do you match the suit or try to find something to complement the legs?

The second guy’s shorts are way too short.  He looks a little too anxious to show some leg.  If you’re wearing shorts to work, how short should your shorts be?  What if some guy showed up in “Daisy Dukes”?

The third guy.  I don’t trust him.  If he showed up to my office, I’d check his man purse before he left because he looks like he probably stole something from me.

For full disclosure, I wear shorts and t-shirts to work in the summer.  One the benefits to owning your own business.

A Chinese schoolteacher who posted his photographs of quake-damaged schools online has been ordered to a labor camp for a year, a human rights group said Wednesday.

He was detained on June 25, and the principal of his school was told that he was being held for “disseminating rumors and destroying social order,” the group said in a statement.

His wife was informed earlier this month that he had been ordered to serve a year of re-education through labor, an extrajudicial system that sidesteps the need for trial or formal charge.

No trial. One year in the labor camps for re-education.  Just for posting pictures of shoddy school construction.  This hits home for me because if I felt like a something was wrong here and I had photographs of it, I wouldn’t hesitate to post them on the web.  Here, that makes you a blogger.  In China, that makes you a prisoner in one of their labor camps.

I hope the added attention brought by the Olympics sheds some more light on these human rights abuses.

If you think Olympic drug testing is a bad job…

From NYTimes.com: A Lab Is Set to Test the Gender of Some Female Athletes

Man, this has to be one of the worst jobs to have and really embarrassing for the athlete if they’re asked to be tested.  I’m pretty sure they’re not testing the likes of Maria Sharapova or Jenni Finch. Instead it’s the 300 pound Hungarian female weightlifters.

From NYTimes.com: Houston Resists Recycling, and Independent Streak Is Cited

Houston recycles just 2.6 percent of its total waste, according to a study this year by Waste News, a trade magazine. By comparison, San Francisco and New York recycle 69 percent and 34 percent of their waste respectively. Moreover, 25,000 Houston residents have been waiting as long as 10 years to get recycling bins from the city.

“We have an independent streak that rebels against mandates or anything that seems trendy or hyped up,” said Mayor Bill White, who favors expanding the city’s recycling efforts. “Houstonians are skeptical of anything that appears to be oversold or exaggerated. But Houstonians can change, and change fast.”

Let’s face it, Houston’s a city that grew with the excesses of the oil and energy industries so it’s not surprising that Houston’s not been accepting of environmentally friendly ideas.  But, come on now, it’s 2008 already!  Just because landfill is cheap doesn’t mean you should still throw everything away.

There’s a story in Soapbox Cincinnati about Fountain Square’s makeover and the resulting impact in the surrounding area.

A few years ago, my friend Chris and I were at a happy hour in front of what was then Bella when an out of town police officer visiting Cincinnati for a convention asked us where he could go after the happy hour to grab a drink.  Chris and I looked at each other and  apologetically told the guy that there really weren’t many choices in the downtown area.  The story is so different today.

It is absolutely exciting to see downtown teeming with life.  Now, if more in Cincinnati would realize how much progress has been made.

Kudos go to Bill Donabedian and 3CDC for organizing these activities and bringing life back to the Square.

A few pictures from last Thursday’s Salsa on the Square 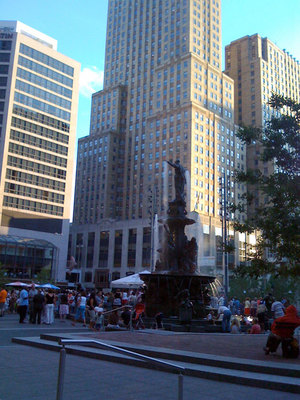 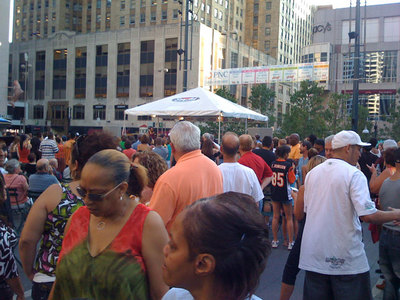 I was browsing some blogs for more Comic-Con news when I came across some photos of the Entertainment Weekly/SciFi Channel Comic-Con party.  If he weren’t carrying a sign with his name on it, I wouldn’t have recognized Richard Dean Anderson, Macgyver himself. 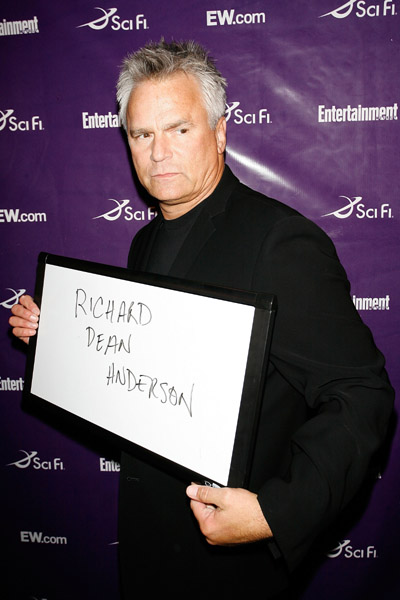 He’s been more recently seen on Stargate, but I never watched it or it’s spinoff.

As a side note, Richard Dean Anderson used to be huge in Taiwan.  Every time you’d go into a TV/Movie poster shop, there’d be a zillion photos or posters of him there.  He and Tommy Page had a huge following.

Full Video of the Battlestar Galactica Panel from Comic-Con

This is what I really would have wanted to see if I had gone to Comic-Con.  Thanks to Scifi.com for putting it online.  It’s the entire one hour Battlestar Galactica Panel with some cast and producers.

I’ve not had any luck in getting MobileMe to push iCal events to my iPhone.  I’ve created events on my desktop and synced them to the MobileMe.  The events will show up on the other computers in my “cloud”, but the events don’t get pushed to the iPhone.  They only show up after I’ve manually synced the phone to my computer.

It doesn’t seem like there’s a way to force the Calendar app to sync with the MobileMe cloud to update the data.
I hope they get the bugs in MobileMe worked out soon.

Have I found my dream girl? Maybe! 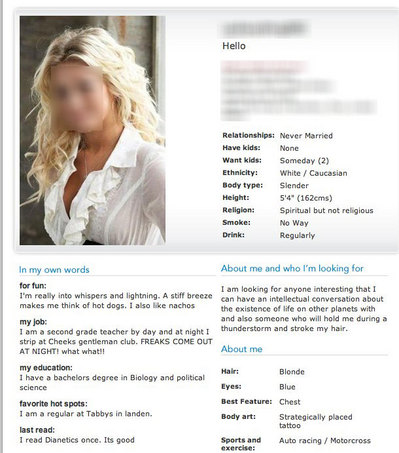 Second grade teacher by day and stripper by night!  And she likes nachos! 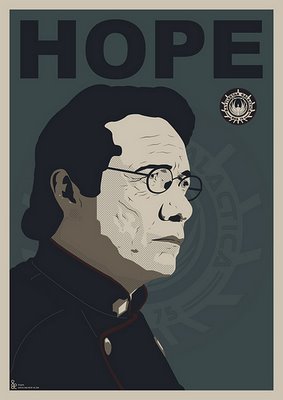