This is an amusing clip shot during the filming of Return of the Jedi.

Warwick Davis’ Return of the Ewok 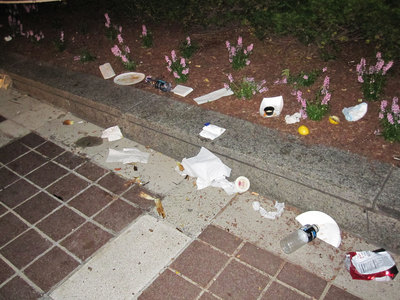 People of Cincinnati and visitors to our fair city.  Will you please throw your garbage in a trash can when attending Taste of Cincinnati?  You know, those round or square containers that are placed every 15 or so feet?

Yes, I know people clean up after the festival, but what is so difficult in throwing your garbage away so that what little seating is available is somewhat sittable?

Overall, I felt that the food was mediocre.  Good and distinctive restaurants don’t need Taste of Cincinnati for exposure and so they don’t participate.

I like the Ritz and Oreo packaging that I saw the other day at Target.  It’s a much cleaner and simpler look with a design aesthetic.  I especially like the word Oreo with each letter in a white circle, reminiscent of the white icing middle.

In contrast with the beauty of the new package, we have the old Double Stuf packaging on the right.  Yes, it is spelled Double Stuf with one “f”. 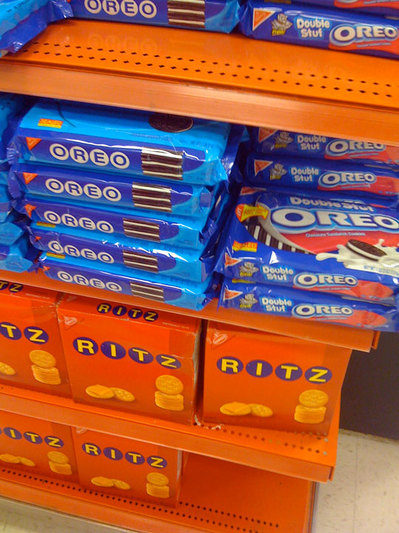 It looks like there may be a functional change behind the package redesign.  It looks like you can open the Oreo package and reseal it by lift the tab on the top. 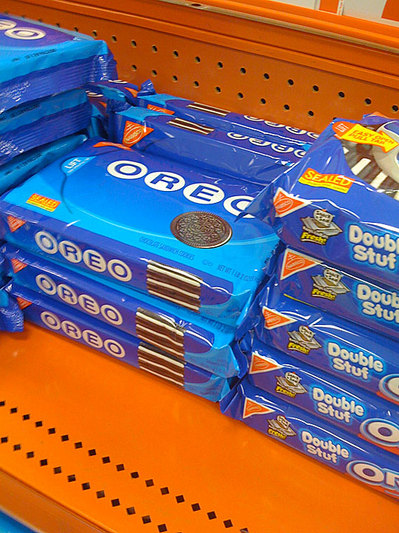 From NYTimes.com: A Prom Divided

“It’s awkward,” acknowledges JonPaul Edge, a senior who is white. “I have as many black friends as I do white friends. We do everything else together. We hang out. We play sports together. We go to class together. I don’t think anybody at our school is racist.” Trying to explain the continued existence of segregated proms, Edge falls back on the same reasoning offered by a number of white students and their parents. “It’s how it’s always been,” he says. “It’s just a tradition.”

It’s pretty surprising to me that this type of thing still exists.  I wonder which prom Asians would attend if you lived down there. 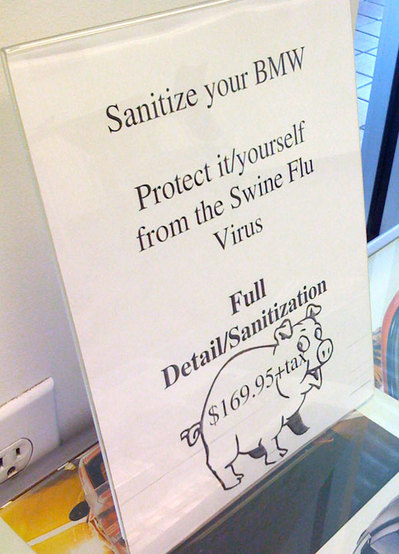 More marketing genius.  Saw this at the local BMW dealership and thought it was pretty funny.  What was just your normal detailing is now Swine Flu Sanitization.  I like how the sign says that you should “Protect it”, as in your car from the Swine Flu.
May 21, 2009 by morris
Uncategorized

NYTimes.com: A Chili Sauce to Crow About

From NYTimes.com: A Chili Sauce to Crow About

An article about the ubiquitous Tuong Ot Sriracha sauce (you’ll recognize the bottle).  I did not know that it was an American creation.

The 9-year-old girl who starred in “Slumdog Millionaire” dodged pieces of falling debris Wednesday as she tried to salvage twisted metal and splintered wood — all that remained of her bubble-gum pink home after authorities demolished part of a city slum where she lived.
…
Ten policemen beat Rubina’s father with their sticks for 15 minutes shortly before the demolition began, sending him to the hospital, family members said.

It’s sad to see that with all the success of Slumdog Millionaire, that kids in the movie are still living a life of poverty. 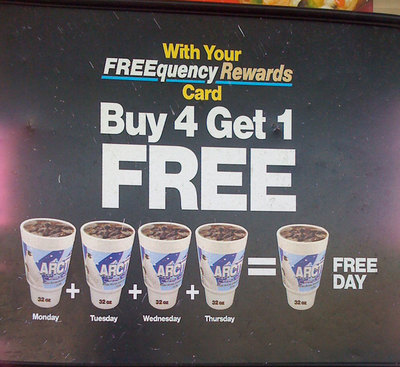 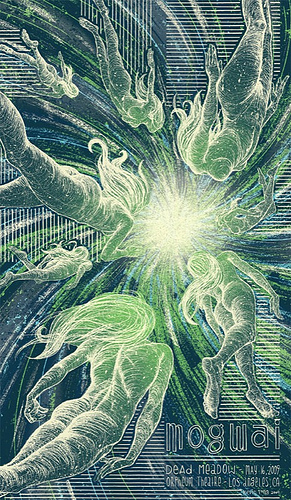 As printing technology gets more advanced and everyone can print great photographs on their home printer, I find myself being drawn to posters screen printed by hand.  Computer printers and larger print presses combine four different colors (Cyan, Magenta, Yellow, and Black) to print photorealistic images.  Screen printing is different and much more difficult.  In screen printing, each color printed uses its own screen.  You want to have 12 colors?  You’ll need to have 12 screens.  And between each color, the ink needs to dry before the next layer can be printed.  The difficulty in this lies in registration, the placing of each screen perfectly above the print so that all the colors are in line.

Generally artists will work with three or four colors and create designs that work within that constraint.  Limited colors force the designs to be stronger.  And I appreciate the craftsmanship involved in producing a poster by hand. Kevin Tong documents this process in a series of photos below.  Kevin Tong’s poster is available for purchase at tragicsunshine.com UPDATE: Print is now SOLD OUT.

Banks are expected to look at reviving annual fees, curtailing cash-back and other rewards programs and charging interest immediately on a purchase instead of allowing a grace period of weeks, according to bank officials and trade groups.

“It will be a different business,” said Edward L. Yingling, the chief executive of the American Bankers Association, which has been lobbying Congress for more lenient legislation on behalf of the nation’s biggest banks. “Those that manage their credit well will in some degree subsidize those that have credit problems.”

As they thin their ranks of risky cardholders to deal with an economic downturn, major banks including American Express, Citigroup, Bank of America and a long list of others have already begun to raise interest rates, and some have set their sights on consumers who pay their bills on time. The legislation scheduled for a Senate vote on Tuesday does not cap interest rates, so banks can continue to lift them, albeit at a slower pace and with greater disclosure.

Credit Card reform on the surface sounds like a good idea, but now some of the changes seem to have a negative impact on those who have been paying on time or paying their balances in full.  Credit card companies still make money on those who pay off their balances because the credit card companies take a percentage of the sale from the merchants.