Playtime is over in Android Land. Over the last couple of months Google (GOOG) has reached out to the major carriers and device makers backing its mobile operating system with a message: There will be no more willy-nilly tweaks to the software. No more partnerships formed outside of Google’s purview. From now on, companies hoping to receive early access to Google’s most up-to-date software will need approval of their plans. And they will seek that approval from Andy Rubin, the head of Google’s Android group.

So much for so called “open” software.  Google is the new bully on the block.

Google plans to introduce a mobile application that would allow users to snap pictures of people’s faces in order to access their personal information, a director for the project said this week.
…

Google acknowledges the nefarious ways someone could leverage facial-recognition technology.
Many people “are rightfully scared of it,” Neven said. “In particular, women say, ‘Oh my God. Imagine this guy takes a picture of me in a bar, and then he knows my address just because somewhere on the Web there is an association of my address with my photo.’ That’s a scary thought. So I think there is merit in finding a good route that makes the power of this technology available in a good way.”

Is there really a “good” way for using this technology?  All the examples they mention in the article are pretty weak uses.

I can see this being useful in two privacy invading areas- law enforcement and advertising.  Law enforcement would love to be able to identify people in a crowd, speeding through red lights, etc.  For advertising, Google could set up a “Minority Report” like world where targeted ads popping up on signs as you walk by.  Both of these uses raise serious privacy issues. 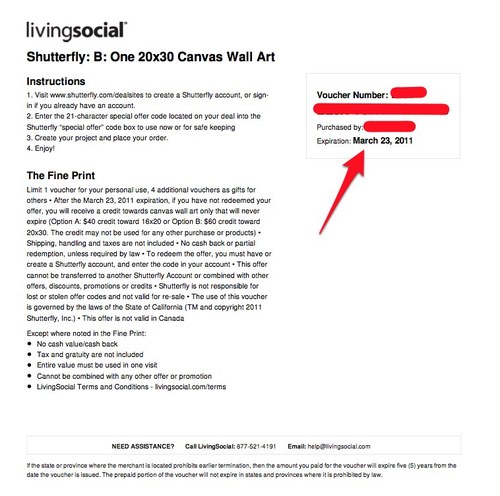 In a Bloomberg BusinessWeek profile last week, which noted Groupon has stopped working with CP&B, Mr. Mason said he placed too much trust in the agency “to be edgy, informative and entertaining, and we turned off the part of our brain where we should have made our own decisions. We learned that you can’t rely on anyone else to control and maintain your own brand.”

I am surprised how little brand managing actually occurs in companies these days.  Most of the time marketing seems to be outsourced and tacked on a the end. 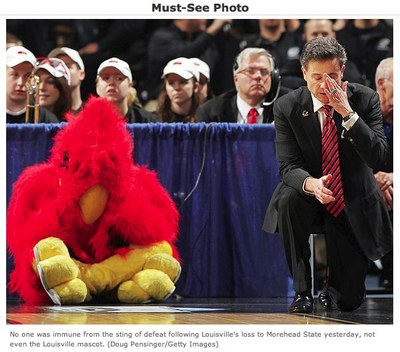 China tried to quell panic buying of iodized salt Thursday after grocery stores across the country were emptied of the seasoning by hordes of people hoping to ward off radiation poisoning from Japan.

People were under the false impression that consuming enough iodized salt would protect against radiation and that China’s sea salt supplies would be contaminated as a result of the unfolding Japanese crisis.

That sparked long lines and mob scenes in some of China’s largest cities, such as Shanghai, Beijing and Hangzhou.

On Friday, it was revealed that incoming Ohio Governor John Kasich planned to give some of his top staff significant raises, while continuing to preach budget cuts, fiscal responsibility, and how unions and public sector employees are the downfall of our society. Many Ohioans were understandably outraged.

In the midst of all this budget belt tightening, how can John Kasich be paying his staff significantly more than what the staff of former Governor Ted Strickland was paid?

Strickland’s Chief of Staff John Haseley makes $122,990/year but Kasich’s incoming Chief of Staff Beth Hansen is going to receive $170,000. This is more money than every cabinet member but 3, more than the Governor and Lieutenant Governor, more than the Chief Justice of the Supreme Court, the Attorney General, Treasurer, Auditor, Speaker and Senate President!

And while John Keeling doesn’t appear to be on the list yet (it’s still very incomplete), Jai Chabria is.

For his long-time friend and the second half of his two man office at Lehman, John Kasich made up a brand new position: Special Assistant to the Governor. And a brand new salary as well: $145,000.

How about $1 salaries until the budget is fixed?

A giant clock counting down to the 2012 Olympics stopped on Tuesday, less than a day after being started in London’s Trafalgar Square.

The digital clock, which is made by Olympic sponsor Omega, was stuck at 500 days, 7 hours, 6 minutes, 56 seconds.

“We are very disappointed that it has stopped working,” Omega said in a statement to The Associated Press. “It’s obviously a technical fault and we’ve got people working on it now.”

First person footage of the Tsunami in Japan

Micgadget.com is offering the Mark Zuckerberg or “POKING INVENTOR” action figure for sale. The sculpting detail is incredible. 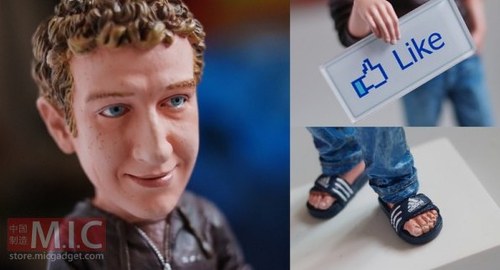 Unfortunately they are sold out of the Steve Jobs figure or I probably would have gotten one of those. 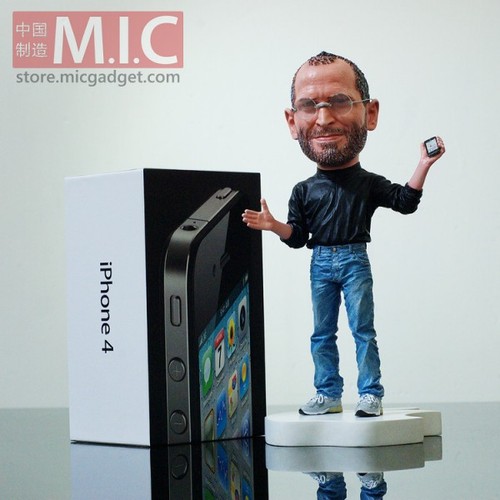