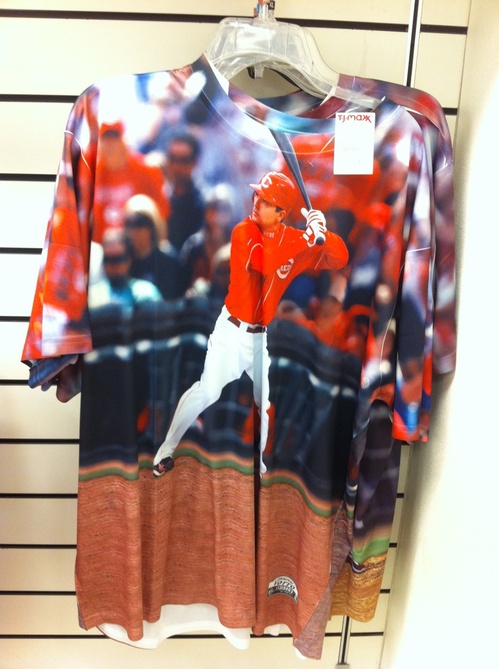 I was tempted to try on and get a picture in one of these gloriously hideous Joey Votto photo shirts, but I was a little too embarrassed to be seen walking around the T.J. Maxx with it. I’m a big fan of Joey Votto, but even now, I am having a hard time looking at it and imagining my head coming out of the top of that shirt. It seems like the market agrees- only $10 and it can be yours.
August 13, 2012 by morris
Uncategorized

Olympic Fanfare only in America?

With the London Olympics wrapping up we’ve all heard the Olympic Fanfare, Bugler’s Dream a thousand times by now. But, did you know that the music used is not an official Olympic theme and that it only started being used by ABC during their coverage of the 1968 Winter Olympics? What this means is that if you didn’t grow up watching the Olympics on American TV, you might not be familiar with the theme.

And this theme is not always used in every Olympics here in the United States. When CBS won the rights to the Winter Olympics for 1992, 1994, 1998 they didn’t use Bugler’s Dream, opting for a composition by Tamara Kline.

For the Seoul Olympics in 1998, NBC also did not use Bugler’s Dream, using a piece composed by John Williams “The Olympic Spirit”.

As a comparison, in Canada, CTV’s Olympic Theme for the 2010 Vancouver Winter Games

Hilarious. Thanks to Chris for sending me this. There are two more videos so far in this series.

How not to be America’s Sweetheart 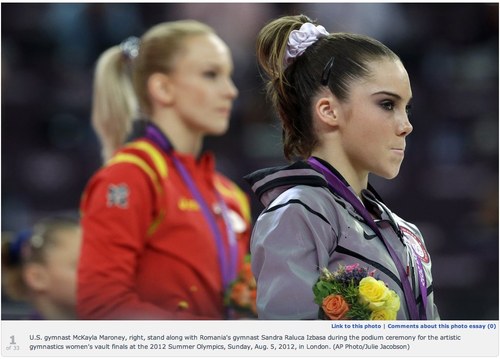 Of course this has become a new meme on the internet- McKayla is not impressed.
(Thanks to Visualingual for sending me this).

Someone must have spiked this dwarf goat’s feed. 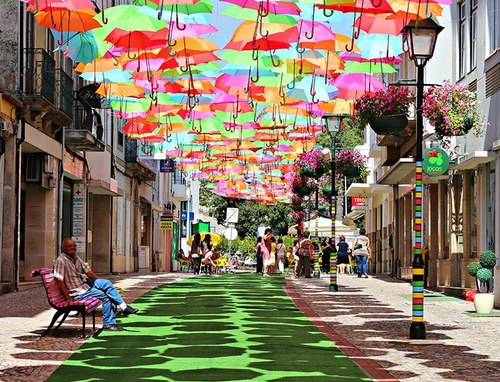 This is beautiful! A town in Portugal suspends umbrellas over a narrow street. More pictures.