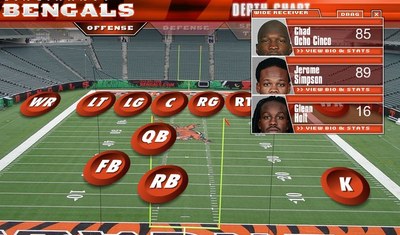 “Effective today, the Bengals begin the process of listing the former Chad Johnson as Chad Ocho Cinco for all club business, per the legal change of his surname effected in Florida. The list of appropriate changes will include the player wearing the name Ocho Cinco on the back of his jersey for Sunday’s season opener at Baltimore.”
…
Asked why the NFL decided to recognize the name change, league spokesman Greg Aiello said in an e-mail, “It’s his legal surname.”

I like it.  I think it’s crazy and fun.  It also helps take a little bit of the bad taste away from his incessant trade demands over the winter. 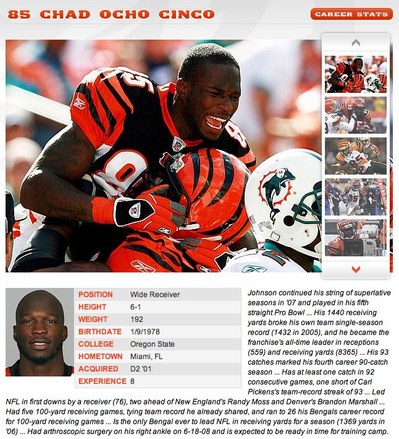 WikiHow.com: How to Crack a “Master Lock” Combination Lock

NYTimes.com: Propping Up a House of Cards