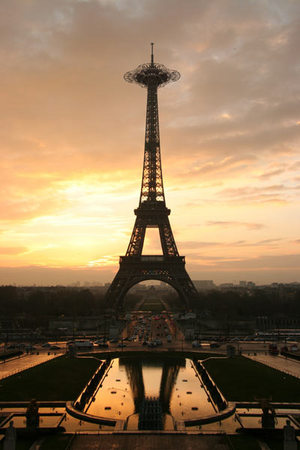 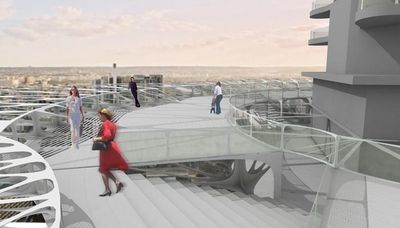 I have never found the comic strip Garfield to be funny, but every time I read Garfield minus Garfield, it cracks me up.  Truly addition by subtraction.

My car window’s all fixed!  I called Jarrott’s Auto Glass and they came to my office this afternoon and fixed my car window.  It was a 10 minute job and I’m good to go.  Having someone come by is pretty darn convenient.

If you’re curious, this little window is only marginally cheaper to repair than the rear seat window in front of it.  So the criminals didn’t really do me much of a favor by breaking the small window. 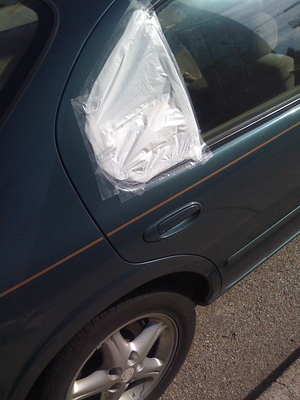 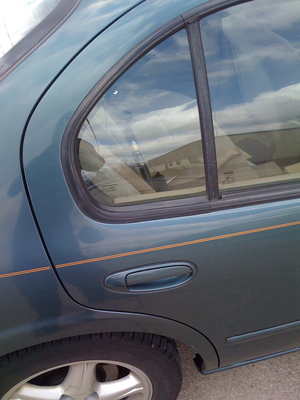 Google Ads- not so smart sometimes

With all the money that Google makes, you’d think they’d be able to figure out how to target ads better and make them more effective. I was reading an article on the 3G iPhone on Appleinsider, one of my favorite sites for Mac rumors and I saw this Google Ad for what looks like underwear.  It’s the Golden Crown Truss on a Macintosh site.  Turns out it’s not quite sexy- it’s a support for hernia injuries.  Do Mac users suffer from more hernias?  Kind of strange.

I’ve had mixed results with my Google ads on my blog.  Sometimes an interesting ad shows up, other times it’s garbage.  My blog is probably harder to target because I blog about lots of different things. 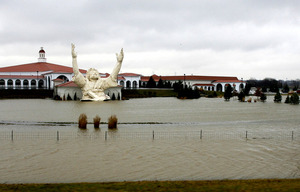 From the Dayton Daily News: Gallery of Photos of the Flood

“Touchdown” Jesus is a 62′ statue in front of the Solid Rock Church in Monroe, OH, north of Cincinnati.  Someone needs to toss Jesus a life preserver!  According to the church website, the actual name of the statue is “King of Kings”.

From TechCrunch.com: Charlie Rose Face Plants To Save His MacBook Air 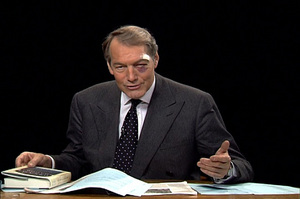 He was carrying a newly purchased MacBook Air and made a quick (but ultimately flawed) decision while falling: sacrifice the face, protect the computer. “In doing so, he pretty much hit the pavement face first, unfortunately,” they said.

Luckily the MacBook Air survived the fall. “The Macbook Air is fine, he showed us the blood stains on it this morning.

China’s suppression of protests in Tibet and missteps by the opposition Nationalist Party have made the Taiwanese presidential election on Saturday an unexpectedly close race. What once seemed to be an insuperable lead for the Nationalist candidate, Ma Ying-jeou, has narrowed considerably, politicians and political analysts said.

Taiwan wants no part of what China’s dealing these days.  Tibet is just a reminder of what hugging a bear could get you.  Taiwan has been a de facto independent nation since WWII.  Taiwan is a democracy, China is not.  If the United States truly wants democracy around the world, why not start here and support Taiwan.

From SCIFI.com: Eick: Bionic Is Dead

David Eick, co-executive producer of NBC’s SF series Bionic Woman, confirmed to SCI FI Wire that the network has indeed canceled the show, though the network has not yet officially said as much.

I thought Bionic Woman was a total disappointment.  I was hoping for a lot more from David Eick, a co-producer of one of my favorite shows, Battlestar Galactica.  The story never really got off the ground and de-evolved into a bad version of “Alias”.