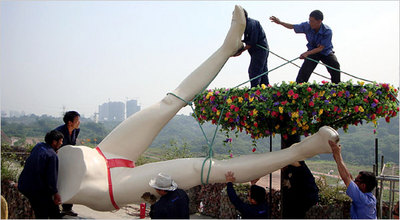 “I am totally grateful for the MNF opportunity that I truly enjoyed the last three seasons,” he said. “I feel we got better each year. My fear of planes is legendary and sadly true. When I looked at the upcoming schedule it was the perfect storm that would’ve frequently moved me from the bus to the air. I kept looking at the schedule the past month and wanted to find a way to quietly extricate myself.”

Kornheiser actually stepped down voluntarily? For fear of flying?  Couldn’t they have picked up John Madden’s bus on the cheap now that he isn’t using it anymore?

When I first heard this story, I thought ESPN had canned Kornheiser because he sucked on MNF.  Kornheiser is fine on his show PTI, but added nothing worthwhile on MNF.

I crossed the river into Covington, KY for Maifest on Sunday.

“Maifest
is to celebrate the first spring wine, theoretically, and Oktoberfest
is in honor of the first Oktoberfest, which was King Ludwig’s wedding,
in the 1800s, in Bavaria. But for our purposes, they’re basically the
same.”

I didn’t see a lot of wine being served there, definitely not a wine festival.  It is pretty much as they say, Oktoberfest in Mai, or May as we like to call it.  But, it is a nice festival and it was a beautiful sunny day to walk around MainStrasse to people watch and to look at booths.  The vendor booths are interesting, but really, how many Redneck Windchimes does one need?

Surprisingly the MainStrasse area wasn’t too crowded Sunday afternoon and much of Main Street was pretty empty.  But, I love walking around there.  Main Street is so quaint, so much character, one of the nicer areas in greater Cincinnati.

We discovered that a new place called Europa is opening up on Main Street in a couple of weeks.  They were open, handing out free sample cones of their tasty Gelato.  In addition to Gelato, they’ll be serving High Tea and baked goods.  I spoke to the owner and she said that they’re planning to be open until 1AM on Friday and Saturday.  Sounds like a great place to pick up a late night snack. 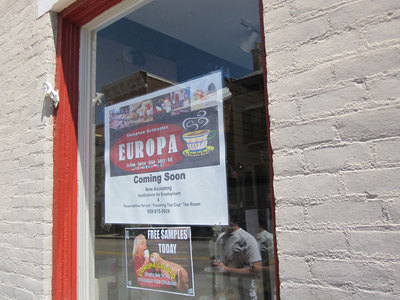 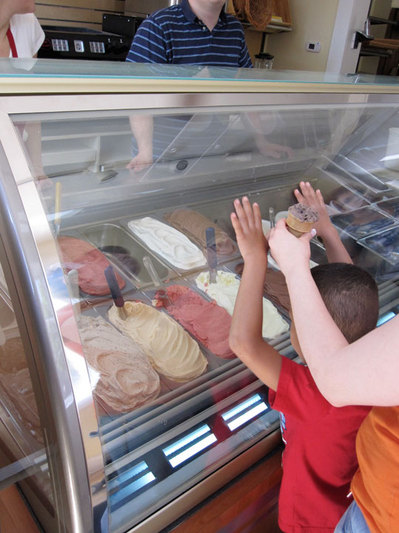 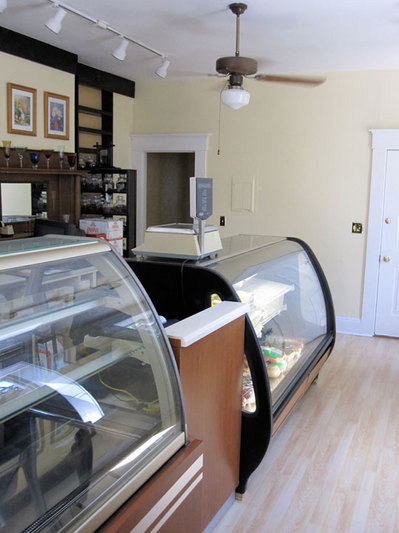 Here are some photos that I took:

Pictures of Shuttle and Hubble Telescope crossing the sun 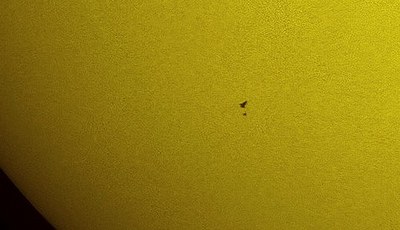 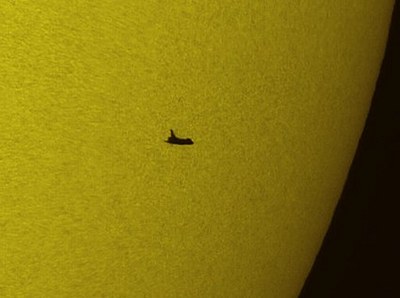 Full set of images
May 15, 2009 by morris
Uncategorized

Lance Armstrong is back training for this years Tour De France. For one of the “Triple Crown Events”, the Giro d’Italia, he is going to be riding a Shepard Fairey Designed Trek Madone Bike and Giro Helmet. 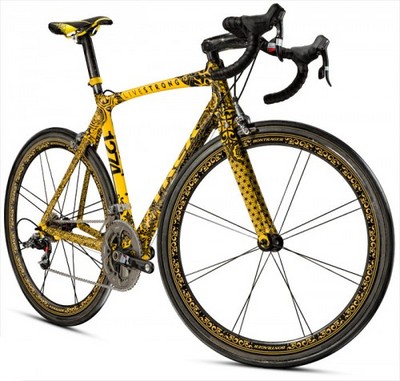 Here’s a picture of the Lance Armstrong wearing the helmet before Stage 7. 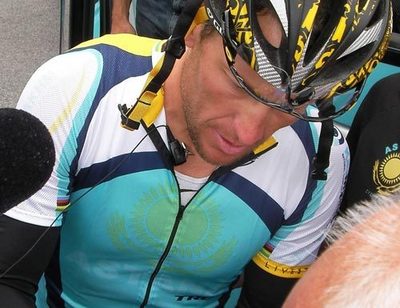 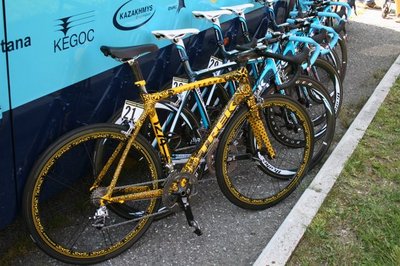 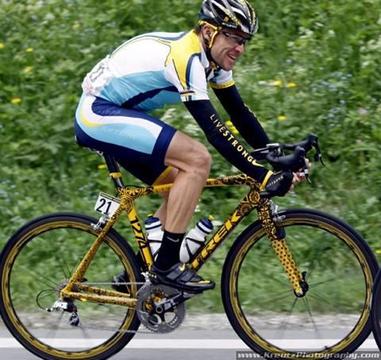 “I’ve had enough,” Mr. Schumer said. “These are scam artists.”

I haven’t received one of these calls but I know a lot of people who have.  But, now that politicians are annoyed things will probably get done to stop them.

The seller took in more than $10 million as a result of the calls, as well as related mailings, according to the commission.

Scams work, that’s why they do them until they’re caught. 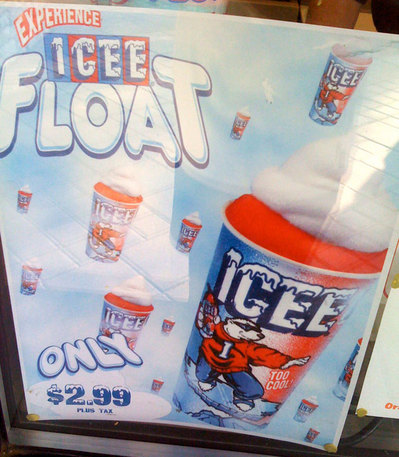 Saw this concoction at the Sharon Woods park concession stand.  I have always had a fondness for Icees.  When I was a child I would get a coupon from my doctor for a free Icee after each of my frequent allergy shots.  So, now and then I still indulge in a traditional Icee after a long run.

I’m not sure about this Icee Float though.  The white stuff on top is soft serve ice cream.  I asked if the ice cream was just on top and was told that it’s actually layered throughout with the Icee mix.  That doesn’t really sound good to me as the textures are really different.

An evil genius has placed a $10 bounty on the masked super-hero roaming the streets of Cincinnati — which means Shadow Hare officially has an arch-enemy … and he’s really, really cheap.

Check out the story.  It’s worth it just for the Craigslist posting.

From NYTimes.com: G.O.P. Worries About Sounding a Negative Tone

“They have to avoid being stigmatized as a bad bunch of people,” he said of the Republicans.

I think it’s a little too late for that.

Really cool.  But, like any other modern design, where do you hide the clutter?

UPDATE: Just read the captions to the pictures.  Actually kind of sad.