Helmets and shoulder pads could cause heat stroke in hot conditions

A federal judge in Ohio concluded that manufacturer Riddell Inc. had a duty to warn Stringer that its helmets and shoulder pads could contribute to heat stroke when used in hot conditions.
…
Holschuh wrote it was “reasonably foreseeable … that a user of [Riddell’s] helmets and shoulder pads during extremely hot and humid conditions might suffer from a heat stroke.” Thus, Holschuh concluded, Riddell “owed Stringer a duty to warn.”

If it is reasonably foreseeable, then doesn’t that fall under “common sense”? 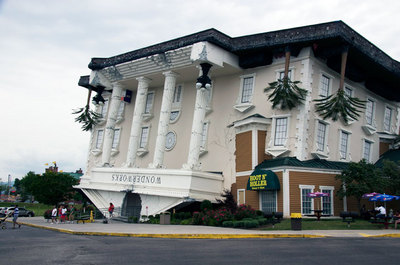 Saw this building Wonderworks in Pigeon Forge, TN.  Not content to have just an upside down building, they’re building a replica of the Titanic next door. 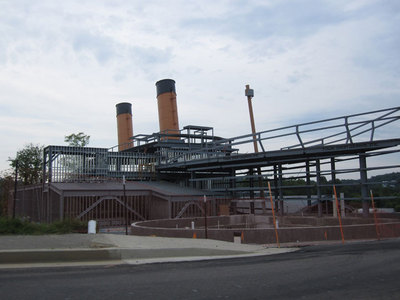 One reason I encourage people to blog is that the act of doing it stretches your available vocabulary and hones a new voice. You won’t get it for a while, but you’ll get it. To one person who wrote in and said he didn’t think he had anything interesting to say, I asked him whether he was boring in person too? Boring at breakfast? Boring on a date? That boring?! Probably not.

An interesting interview of Seth Godin.  But, I tend to find anything that Seth Godin has to say interesting.  Thanks to Chris for sending me the link. 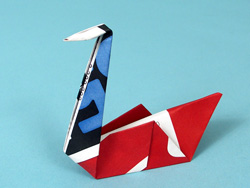 What to do with the leftover flap from the Netflix mailing envelope. 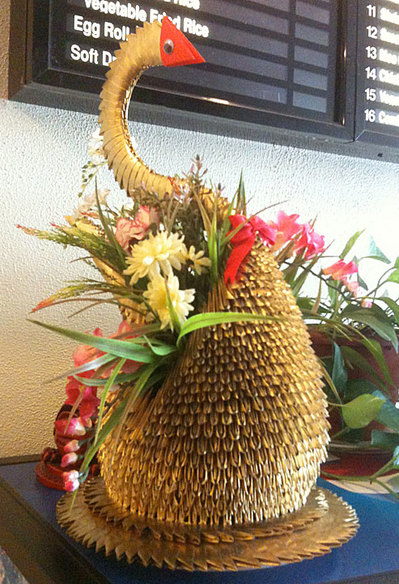 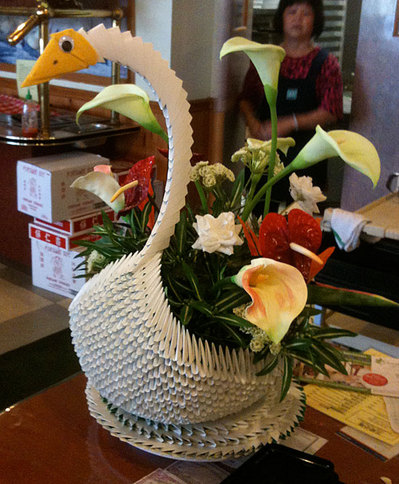 Saw this in a Chinese restaurant over the weekend.  Why make something so beautiful and stick a cheap roll around eye on it?

Make one for yourself: Make a 471 piece origami swan

Cincinnati.com: A letter from the Publisher

From Cincinnati.com: A letter from the Publisher

The Cincinnati Enquirer has been around for 168 years – making it one of the oldest local institutions in Greater Cincinnati – and has survived 19 economic downturns, including the Great Depression. As the local economy recovers, we’ll be around to cover this story too.

Naysayers have predicted our demise many times over those years, but today The Enquirer reaches 64 percent of local adults every week, or 803,800. Enquirer Media does not have an audience problem. Nearly two-thirds of the market will read our newspaper this week. It’s the economy.

This is a nice piece of denial.  Hopefully, this is just their public face, that internally they truly realize the predicament they’re in.  Because blaming the economy and not recognizing the change in the way that the world gets its news is a bit delusional.

The Enquirer says it reaches 803,800 people a week. But how many of them actually subscribe to the paper?  When was the last time you bought a paper?  If I had a bird or some kind of animal, I might by the paper, but otherwise I’d just read it online because by the time a newspaper is printed, it’s literally yesterday’s news.

Obviously, there are no easy fixes as newspapers across the country are all dealing with the drop in paid subscribers and ad supported media.  It’s clear that readers of print media are decreasing and the advertising from the internet is not making up the difference.

Layoffs help the bottom line in the short term but doesn’t address the issues facing the paper and may cripple the paper as it tries to find relevance in the internet age.

So, what’s the Enquirer going to be?  Is it going to be a cobbled together collection of newswire stories?  The Cincinnati Enquirer should really be the preeminent source for Cincinnati news.  They should cover local issues exhaustively.  But, often when I want to find out what’s really going on in Cincinnati I often turn to various blogs for news and discussion.  For example, I’m interested in the re-development of Cincinnati and a site like Building Cincinnati has much more extensive information on the goings on in the city than the Enquirer.

Is it too late for the Enquirer?  Maybe. But, I still think there is an important place for traditional media.  The Enquirer still has access that bloggers can only dream about.  With professional reporters, writers, and editors the Enquirer can cover stories full time that most bloggers can not.  But who’s going to pay for the quality of professional reporting?  If ads aren’t enough to sustain the business what are the newspapers going to do?

If the Enquirer is going to make it, I believe that they need to focus on the quality of local reporting. Obsessively cover the important issues and find the unique stories in the city.  Unique and quality content is the key to good readership.  At least then the Enquirer might have a chance.

How many times do I have to post to get rid of the S*rah P*lin ad?

Google Adwords can be a little annoying at times.  As, most of you know, I’m no fan of S*rah P*lin and blogged about her twice since she was in the news.  And now I get the S*rahPac ad from Adwords being served on the site which kind of makes me look like a supporter.

I’m tired of seeing her face, but the bad thing is that I don’t think I’ll be able to get rid of it until I post enough times to drive it off the page.  Which is what I’m attempting to do now…

Without any success so far. 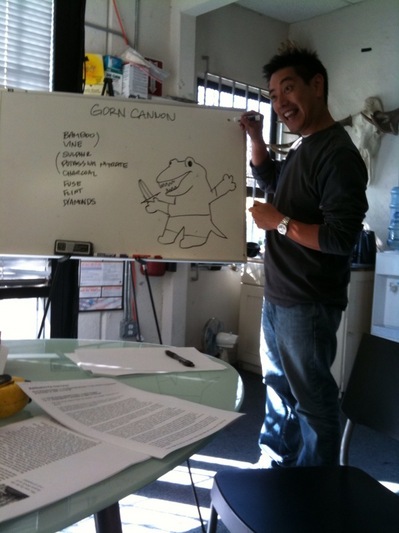 Ah, Mythbusters and Star Trek two of my favorite shows together at last.  Can’t wait to watch this episode.  Grant twittered that he’ll be wearing an original Star Trek science officer’s uniform.

Cardstar- carry loyalty cards in your iPhone or iPod touch

Every day it seems like there’s a new iPhone application that makes life a little easier.
Cardstar is one of those.  It lets you get rid of your plastic loyalty cards that’s taking space in your wallet or hanging on your key chain.

Cardstar simply stores and recreates your loyalty cards in your iPhone.  All you have to do is to choose your merchant from a list and enter your id number.  Cardstar generates the barcode that you use when checking out.  Currently there are over 190 companies listed in 7 different categories.

If your store isn’t listed, Cardstar gives you the option of generating different barcodes based on common barcode generating methods.  My gym isn’t one of the businesses listed, but I was able to recreate the barcode by trying different generation methods until I got one that visually matched what is printed on my card.

Here are some tips from the Cardstar FAQ on how best to use Cardstar:

Are there any tips for insuring a successful scan?
1) Make sure the screen is free of dust and fingerprints. The screen MUST be clean in order to scan properly.
2) Keep the screen just shy of perpendicular to the scanner and hold the barcode image steady (don’t wave around).
3) Hold the screen approximately 5-7 inches from the scanning device.
4) Keep the screen in a vertical (portrait) orientation. Only use horizontal (landscape) orientation when the barcode is too wide to display otherwise.

UPDATE 7/13/09
Had trouble using Cardstar at the Cincinnati Public Library.  The barcode scanner at the library is tilted at an angle to make it easier to scan the barcode on books.  If you tilt the iPhone at the proper angle to be scanned, the barcode flips its orientation from vertical to horizontal making it unscanable.

I wrote an email to the developers suggesting a way of locking the direction and they said they’d think about it for the next version.