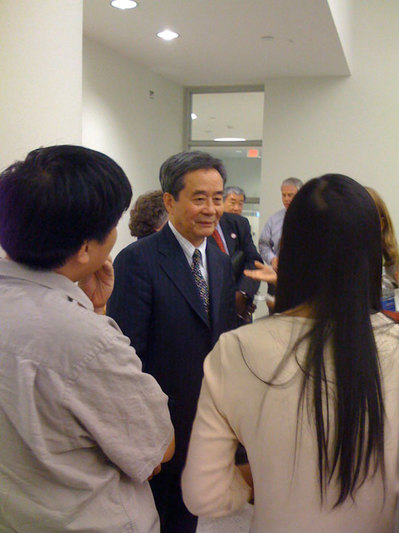 Harry Wu, human rights activist, spoke yesterday at the University of Cincinnati about his experiences as a prisoner in China.  Mr. Wu spent 19 years in labor camps even though he had never committed or formally charged with a crime.  He was considered a “counter revolutionary” and was imprisoned for speaking out against the government.

Today, Mr. Wu is the executive director of the Laogai Research Foundation that was established to spread awareness of the prison labor camps and has since expanded its focus to:

– from the Laogai Research website
“to document and report on other systemic human rights violations in China, including public executions, organ harvesting from executed prisoners, the coercive enforcement of China’s population control policy, and persecution of religious believers.”

Harry Wu spoke extensively about the prison system and how products that we buy today are still being manufactured by prison labor.  Products that are being sold in Walmart come from prison factories.  Walmart is shielded from this by buying through trading companies that “certify” through documents that the products are not being manufactured by prisoners.  However, all certification documents in China are relatively easy to obtain and really don’t mean anything.  That’s why we can get food that’s contaminated or paint that has lead in it.

The prison labor is used to create products for almost every industry- electronics, heavy manufacturing, and consumer goods.

Many of the prisoners are convicted criminals, but there are political
prisoners amongst them sent to labor camps for “re-education”.

Mr. Wu also spoke about the executions that take place.  China does not give out the numbers of prisoners that it executes per year, but Mr. Wu believes that it could be in the range of 10,000 to 20,000.

China is the second leading country in organ transplants.  Approximately 95% of all organs transplanted in China are from executed prisoners.

Mr. Wu then went on to touch on the Bodies the Exhibition.  He continually raised the point that if all the bodies were Jewish or African-American, what would we think?  He showed pictures of executed prisoners that were taken by a former assistant to the plastination factory in China.  Mr. Wu was told that the assistant knew that the bodies were from executed prisoners and that they were given free or purchased for $30-40 dollars.

Mr. Wu thinks that while he believes and is interested in science, that we need to remember that these are human beings.

My Reactions:
1. I was surprised by how much prison labor is still being used to manufacture products.  Companies and the American public don’t seem to be aware of the situation or don’t care about it enough to do anything about it.  Companies like Walmart only seek documents that allow them to deny any involvement.  This is just akin to looking away.

2. Based on the questions asked during the Q&A, the general public in Cincinnati is NOT aware about a lot of the undisputed facts surrounding the Bodies the Exhibition that is being shown at the Cincinnati Museum Center.  The bodies there are not donor bodies, but bodies of un-consenting individuals.  It has been shown that some of the bodies at the exhibit may be executed prisoners.

The Museum Center is just like Walmart in the sense that they have chosen the lowest standard of ethical behavior.  They don’t seek the truth of the situation amidst the allegations.  This is a cash cow for them and they’re willing to look away.  They have plausible deniability and beyond that, they don’t really care what the actual situation may be.

3. We are the land of the free, but we really don’t appreciate the freedoms that we have.  We certainly do not do enough to help others around the world.

4. The interesting thing about Harry Wu’s 19 years in prison was a question into how he was able to survive that long.  His answer, “I don’t know”, is kind of an amazing one.  In the movies, it’s a dream, something that motivates you to survive.

5. Watching Harry Wu playing with a small child at the event was touching.  Can you imagine how 19 years in a labor camp would change you?  Life and freedom certainly seems much more precious. 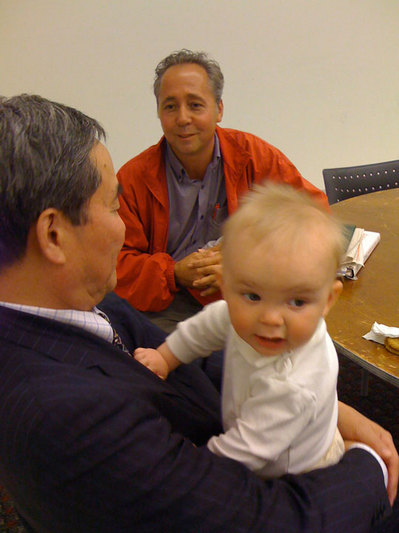