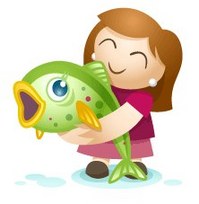 From PETA.org: Save the Sea Kitten

People don’t seem to like fish. They’re slithery and slimy, and they have eyes on either side of their pointy little heads–which is weird, to say the least. Plus, the small ones nibble at your feet when you’re swimming, and the big ones–well, the big ones will bite your face off if Jaws is anything to go by.

Of course, if you look at it another way, what all this really means is that fish need to fire their PR guy–stat. Whoever was in charge of creating a positive image for fish needs to go right back to working on the Britney Spears account and leave our scaly little friends alone. You’ve done enough damage, buddy. We’ve got it from here. And we’re going to start by retiring the old name for good. When your name can also be used as a verb that means driving a hook through your head, it’s time for a serious image makeover. And who could possibly want to put a hook through a sea kitten?

You know, I never thought about it that way.  I like eating fish, especially sushi.  But, if they’re calling fish “sea kittens” and fish is tasty and nutritious, maybe I should consider adding “land kittens” to my diet.  I’m sure “land kittens” would probably be pretty tender just like lamb.

I think this is one of those frivolous campaigns by PETA that robs if of any credibility it might still have.  People aren’t giving up eating meat, so if it’s less fish sticks, it’s more chicken nuggets.  Is that what PETA wants?

With vegetables being cute, kids won’t have anything to eat.  Well, maybe except for grains, like wheat and rice.  I don’t think they’re cute.  Yet. 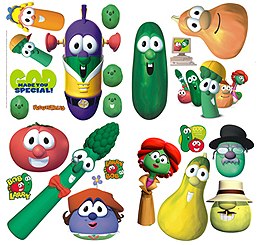 NYTimes.com: Shanghai Is Trying to Untangle the Mangled English of Chinglish