Is this art?  I saw this piece Train Landscape, 1952-53 by Ellsworth Kelly during a recent visit to the Art Institute of Chicago.  It’s three colored panels that are connected together. 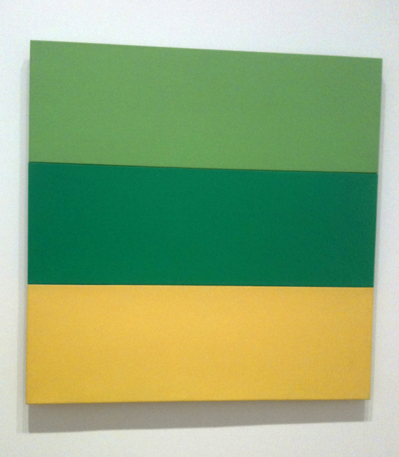 link to: The Art Institute of Chicago Train Landscape, 1952-53 page

What makes it different than my work, Three Post It Notes, Taped Together 2010?

Granted, my cutting and taping job is a little crooked, but if I spend more than 30 seconds doing it, I might be able to get everything lined up better. 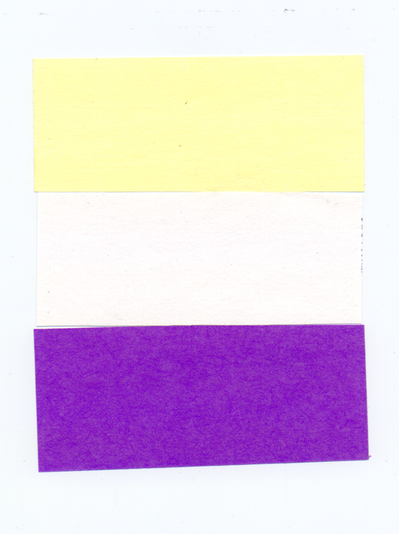 I believe that many things can be considered art, but to me good art needs to show some skill in its creation.

UPDATE:  Thanks to Visualingual
for the correction of the name Ellsworth Kelly.  Perhaps I was a little too simplistic and quick to judge so I Googled an explanation
of the painting.

Another ongoing catalyst for Kelly is CÃ©zanne’s use of color
to create form. CÃ©zanne endeavored to capture his sensations of nature
directly, through color, rather than constructing an illusion of
reality, with the painting as a sort of window onto the world. In Mont
Sainte-Victoire Seen from Les Lauves, CÃ©zanne divides his canvas into
three bands of color, effectively flattening the deep perspective of a
mountain view and bringing it right up to the picture plane, with dabs
of color that sit directly on the painting’s surface. As if boiling
CÃ©zanne’s painting down to its essential parts, Kelly’s Train Landscape
consists of three monochrome horizontal panels, joined together to
create an effect of space and surface similar to the Mont
Sainte-Victoire. Kelly first conceived of Train Landscape while looking
out a moving train’s window onto an expanse of mustard growing in a
field, but his process of painting is less about representing a
landscape in a recognizable way, and more about being true to his
perceptions of nature. Kelly’s planes of single colors take CÃ©zanne’s
sensation to an extreme conclusion, and in turn help us see CÃ©zanne’s
painting in a new way. Through Kelly’s eyes–and those of all the
artists in CÃ©zanne and Beyond– CÃ©zanne’s work continues to reveal its
complexity, richness, and, most of all, its relevancy. 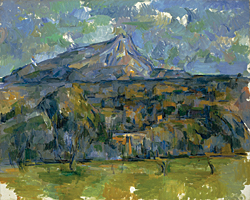 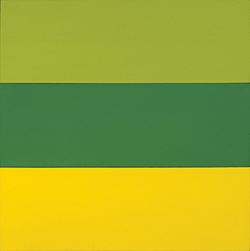 I believe I understand what Ellsworth Kelly’s idea is, a minimalist representation of a landscape view from a train, but even knowing this, I still find the work to be pretty weak.

go Thailand. All that’s missing is you.