“I didn’t pick John to support because I’m just afraid that the vice president would wind up taking over his job in that four-year presidency,” said Norris, who was hosting a fundraiser for Huckabee at his Lone Wolf Ranch.

Let’s see.  John McCain is 71 and Chuck Norris is 67 turning 68 in March.  If I were Chuck, I wouldn’t be too quick at pointing fingers at who might be dropping dead.  Yeah, I know his plastic face is defying space, time and well, gravity, and will probably live forever.  But, it seems a little odd for him to be pointing out old age in others.

But, maybe he’s right that there’s a difference between 67 and 71.  If I were going to fight Chuck Norris in karate, would I rather fight him now or at 71?  Yeah, I think waiting until he was 71 would make me taking out Chuck Norris a little more likely, though somewhat less satisfying.

Anyways, why is the media even quoting Chuck Norris?  Since when has anyone cared about anything Chuck Norris has done or said?  So until Huckabee makes Chuck Norris his running mate or Chuck remakes Walker, Texas Ranger or Matlock, he should just go away.

“I’m going to send my 95-year-old mother to just go over and wash Chuck Norris’ mouth out with soap,” McCain quipped at a new conference. 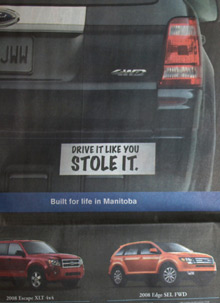 Ford of Canada is pulling a controversial advertisment that’s left many Manitobans wondering if the company had bad timing, bad taste, or just bad judgment.

The full-page advertisement, which appears in the City & Business section of Friday’s Winnipeg Free Press, shows the rear of a vehicle with a bumper sticker reading, “Drive it like you stole it.”

The vehicle appears over a banner with the caption, “Built for life in Manitoba.”

I think this ad must have come from Ford U.S. where they were trying to go for some exciting imagery, of a car so cool that you’d want to steal it and go ripping through the streets, cutting off cars, and shooting at cops without a care in the world.  Instead, they’re marketing it in Manitoba, Canada.  Where stealing is borrowing a car with the key left in the ignition to go ice fishing or to pick up kids from daycare.  Now that’s excitement!

Almost missed seeing the three girls in Green Bay Packers Bikini tops.Â  I have a hearty respect for these awesome Green Bay fans, especially after seeing all the tough guy football commentators all bundled up!

See a picture at CNNSI.com!
Another picture
Even more pictures!

I guess I’ll stop looking for pictures of these girls now!

As a side note, someone actually sells a Cheese Bra!Â  It looks pretty much how you’d think one would look. 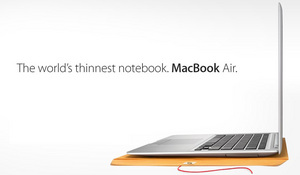 The AirMail laptop sleeve is handmade out of durable upholstery-grade vinyl, and lined with fuzzy, soft fleece. All AirMail sleeves have the same dimensions as standard interoffice manila envelopes, which will serve to remind you — and everyone around you — that your new MacBook Air really is the thinnest laptop in the world!

It’s $29.95 and I’m kind of tempted to get one just to put things in that I don’t want getting scratched.

The debate over Jesus’s supposed tomb will probably rage for years to come. But the conference attendees voted unanimously that the tomb, now sealed over with concrete in the garden of a suburban apartment building, should be reopened and examined more carefully. “I feel vindicated,” Jacobovici told TIME. “It’s moved from ‘it can’t be the Jesus’ family tomb’ to ‘it could be.’ “

The possible tomb of Jesus is in a garden of an apartment building. Interesting. So, in a world where people will seek a piece of grilled cheese or a rust pattern image of the Virgin Mary or Jesus, this sits in a garden covered with concrete. 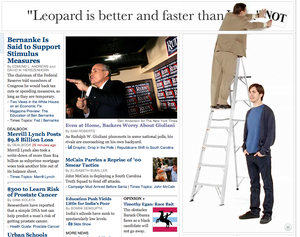 I think these Mac/PC web ads are even more clever than the ones shown on TV.  This ad primarily takes place in the sidebar until PC climbs the ladder and changes the banner ad above.  I’ve never seen another company do that with their web advertising, or if they did it wasn’t enticing enough for me to click on it.

The ad is currently on the front page of the NYTimes.com.

Oh no! Don’t take Scrabulous away!

From CNN.com: Lost for words: Facebook may lose Scrabulous

Popular social networking site Facebook has been asked to remove the Scrabulous game from its Web site by the makers of Scrabble, agencies have reported.

This is actually one of the thing few things that I really enjoy doing on Facebook! 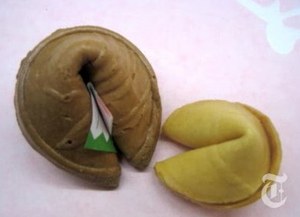 From the NYTimes.com: Solving a Riddle Wrapped in a Mystery Inside a Cookie

Her prime pieces of evidence are the generations-old small family bakeries making obscure fortune cookie-shaped crackers by hand near a temple outside Kyoto. She has also turned up many references to the cookies in Japanese literature and history, including an 1878 image of a man making them in a bakery – decades before the first reports of American fortune cookies.

This story certainly seems to solve the mystery of the origins of the fortune cookie.

NYTimes video on the origins of the fortune cookie.

Amidst all the Apple news yesterday, Apple released the iPhone update 1.1.3.

No new applications and it broke all my ringtones that I had uploaded with iToner. Â The ringtones are still on the iPhone but you can’t preview them and they don’t play. Â I thought I had left my phone on vibrate, but no, they’re just broken.
Macworld has a quick look at the new features.
January 16, 2008 by morris
Uncategorized 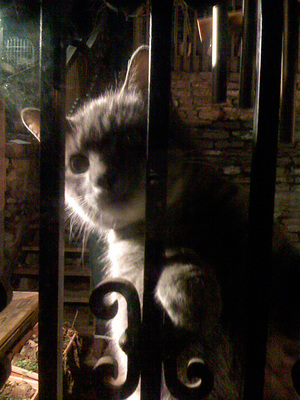 I’m still working out the kinks in this move over to my new blogging system.

I’m still in the process of testing out the capabilities of this blog so I’ve uploaded a picture of my sometimes cat Pewter.  Pewter is always a cat, but sometimes she claims me to be her owner, as she’s doing in this picture.  Whenever Pewter hears me in the kitchen she leaps up and hangs from the iron bars that are on my door.  She’ll just keep hanging there until I open the door with a bowl of food.  Patrolling the neighborhood must take a lot of energy because she can put away a pretty large bowl of food.